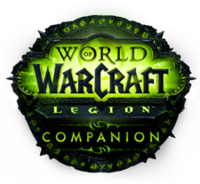 The World of Warcraft: Legion Companion mobile app lets you make the most of your time in-game, wherever you may be. Use the app as mission control for you and your followers and easily track the progression of your Class Order Hall.